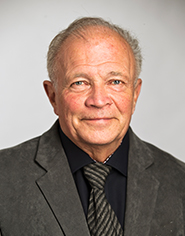 Background
I have spent all my life working in the Swedish steel industry with companies such as ASEA, Surahammars Bruk and Uddeholm Strip Steel. Mainly as a “Process Developer Engineer” of new steel materials. In 1985 I founded SwedevAB (SwedCut) together with three partners, developing and producing knives for the tissue industry, which expanded in 1990 to also include doctor blades. In 1993 I took over as “Managing Director” at SwedevAB, and then sold the company in 2001 after big expansions, ending my employment in 2004.